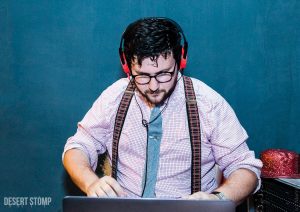 Mr. Ben – DJ Coordinator (Ben Gladnikoff) – Hailing from the cold dark land of Sweden, Ben spent those long winter months bringing joy and warmth to the frozen feet of his compatriots with some classic soul tracks. He has close to ten years experience of filling soul, blues. and swing dance floors all over Europe. Since moving to Israel, he has become a fixture at all of Tel-Aviv’s Swing and Blues venues, where he delights in bringing the best old and new tunes for people to enjoy. Always amazed at the wonderful ways people react to the music he plays for them, you often see him dancing and grooving along while spinning the decks. Ben has a strong obsession with music, but despite many attempts, he is unable to play a musical instrument. Instead he channels that into DJing, dancing, and long arguments about music that don’t really serve a purpose. He’s especially passionate about all forms of blues and swing, from the rural Delta rhythm to that urban New York sound via the melting pot of New Orleans, and he knows that it has the power to move both your body and your soul like nothing else can. This is the feeling that Ben brings to the dancefloor, and with him on the decks you’ll get a whole new appreciation for that old magic music. 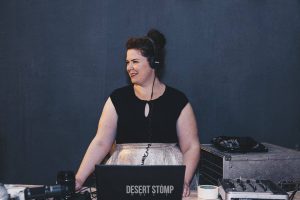 DJ ShvekAttack (Liraz Shveka) – Music has always been a part of Liraz’s life. As a music educator, introducing new music to people isn’t just a passion but also a profession. She first started DJ’ing as the office DJ, and has continued to be that at every job she ever held. Her talent and understanding of music clearly shines through and she is now one of Israel’s most appreciated and sought after Blues and Swing DJs. As a dancer, Liraz knows what makes people move and has been doing so at international festivals and dancefloors in Berlin, Barcelona, Prague, and all over Israel. She is always looking for those interesting and beautiful tunes that will inspire the dancers on the floor. From slow sorrowful blues to the powerful Big Bands, Liraz will ensure that the floor is always filled with both dancing and emotion. 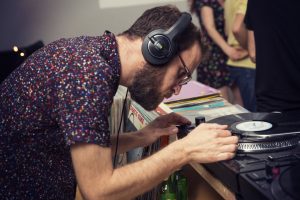 DJ Itamar (Itamar Nevo) – Itamar Nevo is an insatiable dancer, musician, and DJ based in Tel Aviv. His multifarious musical background, including years of teaching music, has informed his swing dancing ever since discovering this rich world while living in Berlin in 2012. He has played in some of the most revered bands in Tel Aviv’s small and cutting edge independent scene, including with rockabilly legend Charlie Magira. Wanting to bring his personal touch to the local scene, Itamar founded the noted party line, The Artful Hopper, where he showcases live bands, screens swing-related films, and spins vinyl like nobody’s business — all against the backround of contemporary art. A voracious lindy hopper, Itamar brings an infectious energy to the many events he organises, DJs, or attends in Israel and around the world.